Resist state repression amid pandemic! Food and rights for all! 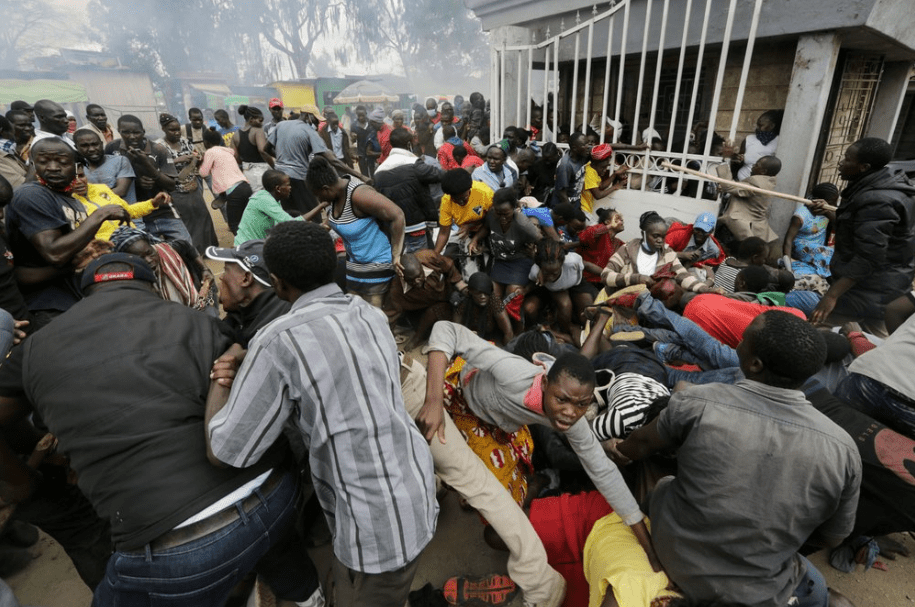 The People’s Coalition on Food Sovereignty (PCFS) urges governments to uphold and protect the universal rights of the people instead of promoting abuse of authority and the culture of impunity amid the COVID-19 pandemic.

As the world grapples with this global health crisis, state repression has become so acute and widespread that the United Nations Human Rights Office and many independent humanitarian and rights groups have sounded the alarm on this furor.

Lockdowns, the go-to institutive action of many governments to contain the coronavirus, have resulted in mass arrests tens of thousands of “violators” across the globe – even surpassing the number of people that have been tested for the disease in some countries. These past weeks have shown that sole reliance on movement restrictions to manage the pandemic is unsustainable and ineffective to contain the virus, especially for the cash-strapped and hungry in the Global South.

Even so, some governments continue to resort to their heavy-handed implementation to cover up the failures of their healthcare systems and their responses to the pandemic’s socio-economic impacts.

Food, water, and medicine shortages in Honduras and Colombia pushed people to protest on the streets, but these were met with brutal violence. Meanwhile, state forces in Angola,Mozambique, Zambia, and Zimbabwe have destroyed food in street markets to discourage people from leaving their homes, contributing to the worsening domestic food insecurity.

In many other countries especially in Asia and WANA, lockdowns are also exploited beyond the enforcement of physical distancing. Fascist authorities have used the pandemic as a pretext to discriminate against minorities and silence critics.

India’s lockdown in Kashmir, imposed by President Modi in August 2019 upon revocation of the disputed region’s special rights, made the pandemic more lethal to the Kashmiri peoples.In addition, Kashmir’s already poor health system was further crippled with India’s harassment of doctors and mass termination of nurses. In the Philippines, the Duterte government has viciously targeted progressive groups and criminalized their relief efforts. On May 1, Labor Day, a record 76 activists and relief volunteers were apprehended on charges of quarantine violations with the pretense of red-tagging allegations. In Indonesia, at least 19 Maluku activists were arrested and charged with treason for waving the flag of the South Maluku Republic. The activity was a protest action to assert their right to self-determination as they commemorated its 70th founding anniversary on April 25.

Meanwhile, Israel is using the lockdown to fast-track the annexation of Palestinian territories. Kurdistan also remains incapacitated to respond to the pandemic due to sanctions placed on Syria and restrictions on Syrian borders that blocked aid worth USD 40 million.

PCFS denounces these governments for committing such rights abuses, especially at a time like this. These acts should be condemned not only as blatant human rights violations but as crimes against humanity in the context of a global crisis.

In implementing lockdowns, we call to uphold rights and to prioritize medical solutions and food security. Extended containment efforts without the matching remedial and sustainable measures are useless and will only bring strain to governments and further burden their people. Governments should veer away from militarization if they want to build public trust and cooperation.

PCFS also reiterates its warning: the current situation may lead to a global hunger crisis in the long haul if governments do not implement substantial reforms amid this pandemic. For a truly “new normal,” states should adopt radical policy changes – as outlined in our nine recommendations for food and rights for all.

Lastly, we express our solidarity to the peoples of the world who continue to brave the state repression and status quo, asserting their legitimate demands and welfare and providing relief that governments fail to deliver to those who are in need. Let us continue to stand for people’s rights and food sovereignty and persevere in the service of the people. ###