Stop the harassment, drop the charges against Sutharee and Nan Win! 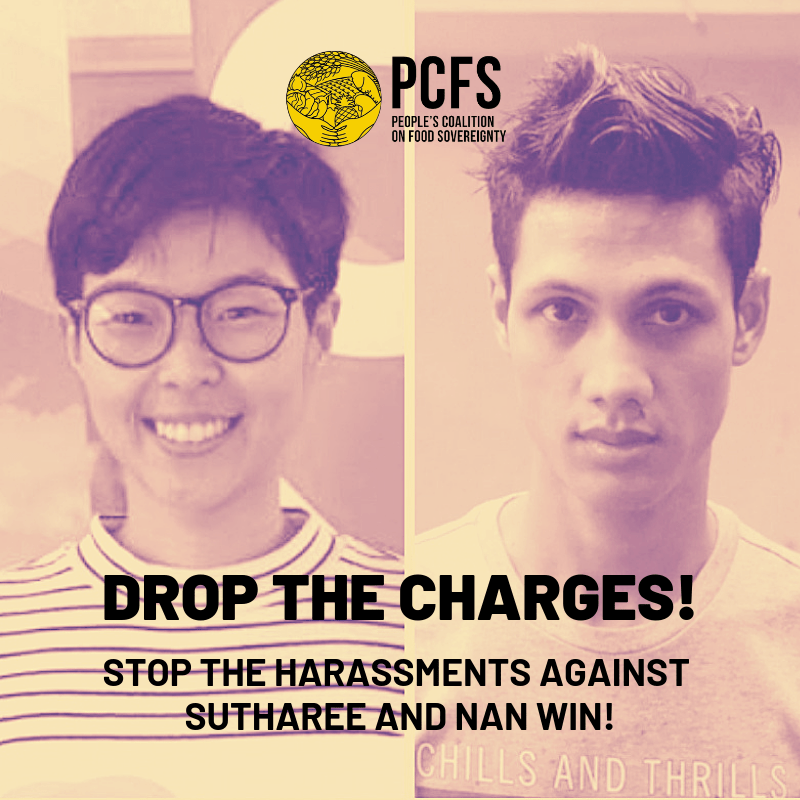 Thammakaset, a Thai poultry company, sued Sutharee and Nan with criminal defamation in October for allegedly violating sections 326 (defamation) and 328 (libel) of the Thailand Criminal Code. The charge was in relation with a film produced last year by human rights NGO Fortify Rights that revealed the inhumane labor conditions of Thammakaset’s chicken farm in Lopburi province. Sutharee, a network of PCFS, was working with Fortify Rights at the time, while Nan was one of the 14 Burmese workers that filed a complaint against Thammakaset in 2016 for labor violations.

Sutharee is also facing a separate civil complaint for tweeting the said video, and the company is seeking five million Thai baht (US$151,400) for damages.

PCFS denounces Thammakaset’s abuse of the judicial system to intimidate its former migrant workers. Prior to the October complaint, the company filed its fifth set of criminal charges in August against the workers despite the court ruling in July that acquitted them of criminal defamation. Its owner, Chanchai Pheamphon, was even quoted to file more lawsuits against human rights defenders and journalists in the future.

We demand Thammakaset and the Thai authorities to drop all the charges against Sutharee, Nan, and the rest of the Burmese workers involved in this issue. Moreover, we urge the Thai government to look into the alleged unlawful labor practices of Thammakaset and other such companies. The complaints – low wages, extensive yet unpaid working hours, and confiscation of identity documents – are serious offenses that warrant liability if proven true. We challenge the company to submit itself to the investigation, no holds barred, if it were truly innocent.

We call on the Thai authorities to uphold their human rights obligations under Thai law and their responsibilities under the United Nations Guiding Principles on Business and Human Rights.

The Coalition reiterates the call to stop the harassment and drop such charges against activists and rights defenders in Thailand. The filing of criminal lawsuits has been exploited by the public officials and corporations to intimidate and silence victims and critics of their rights violations. Instead, it should guarantee and protect the civil and political rights of victims of violations and rights defenders. ###