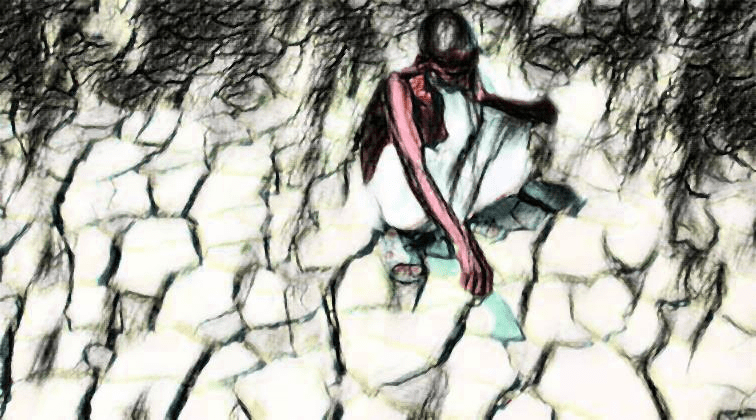 This is the first in a three-part series of features on global landlessness. The features attempt to shed light on the centuries-old problem of landlessness, how it’s exacerbated today, and to bring to the fore the extremely neglected question in intergovernmental policy discussions: “who are the landless peoples of the world?”

Landlessness is common among the extreme poor. Without land, rural peoples often fall into a cycle of poverty, debt, and malnourishment. The fact that the right to land is often pushed to the background when intergovernmental bodies talk about poverty reduction is alarming. Worse, some of the programs being packaged as “poverty-reduction schemes” like land deals and biofuels often lead to more landlessness.

As of 2015, according to the latest available data, 80% of 736 million people in extreme poverty – subsisting on less than USD 1.90 a day – live in rural areas. Six out of ten are in sub-Saharan Africa, while three out of ten are in South Asia. Half of the world’s extreme poor can be found in just five countries: Bangladesh, India, Republic of Congo, Ethiopia, and Nigeria – the most populous countries in their respective regions.

Landlessness is a marker of extreme rural poverty

While landlessness has been a centuries-old crisis brewing in the global countryside, it is exacerbated today by a growing corporate appetite for land, nonstop wars of aggression in rural areas of some regions, and extreme climate-related events.

The extent of landgrabbing1 in a region is a reflection of landlessness among the rural peoples living in extreme poverty. It is most prevalent in Africa, where transnational companies (TNCs) and institutional investors have clinched a third of the 3,898 concluded land deals since 2000, spanning more than 42 million hectares of land. This is followed by Asia and Latin America respectively by the number of land deals, although the latter has a larger land coverage.

If we also take into account the deals in negotiation, a total of 160.77 million hectares of land are sold and leased to foreign and domestic investors in 4,682 deals worldwide. A fifth of these documented landgrabs are deals for intensive crop farming. Yearly, these landgrabs are expanding. Last year, Land Matrix documented about 3,800 deals covering 133 million hectares. An estimated 15 million people in the world are evicted by these landgrabs every year.

Aside from landgrabs, proxy wars and occupation also displace millions, especially in Africa and WANA. Of the record-high 41.3 million displaced peoples worldwide due to conflict and violence as of 2018, one out of every four were newly displaced in that year alone. The top ten countries where these new displacements took place are from these regions, and half of the accounted figures are in Ethiopia, the Democratic Republic of Congo, and Syria.

With the inking of the “Deal of the Century,” these figures are expected to grow further. The deal would formalize Israel’s landgrabs in the Palestinian territory through annexation, which would result in intensified domestic conflict and land disputes. In 2018, Israel restricted access of 11,000 Palestinians to their own agricultural lands, while the UN has identified 46 Palestinian communities at “high risk of forcible transfer.”

Disasters also aggravate landlessness, displacing 17.2 million in 2018. Majority of the top ten countries are from Asia, with 60% of the displaced located in the Philippines, China, and India. Often, landlessness is not resolved in the course of disaster recovery and rehabilitation. Disaster survivors are permanently displaced as corporate interests take over, like what happened to 10,000 families in the island province Leyte, Philippines. Super typhoon Haiyan in 2013 had a subsequent calamity – the multi-billion tourism venture Leyte Tide Embankment Project (LTEP).

The global economy is dipping into recession as a global pandemic and overproduction in oil trigger the weaknesses of a globalized neoliberal economy, and the most vulnerable are the rural poor and landless. It is therefore imperative to shed light on the systematic oppression and neglect the landless people face in times of crises, and even in years of “continuous growth.” ###