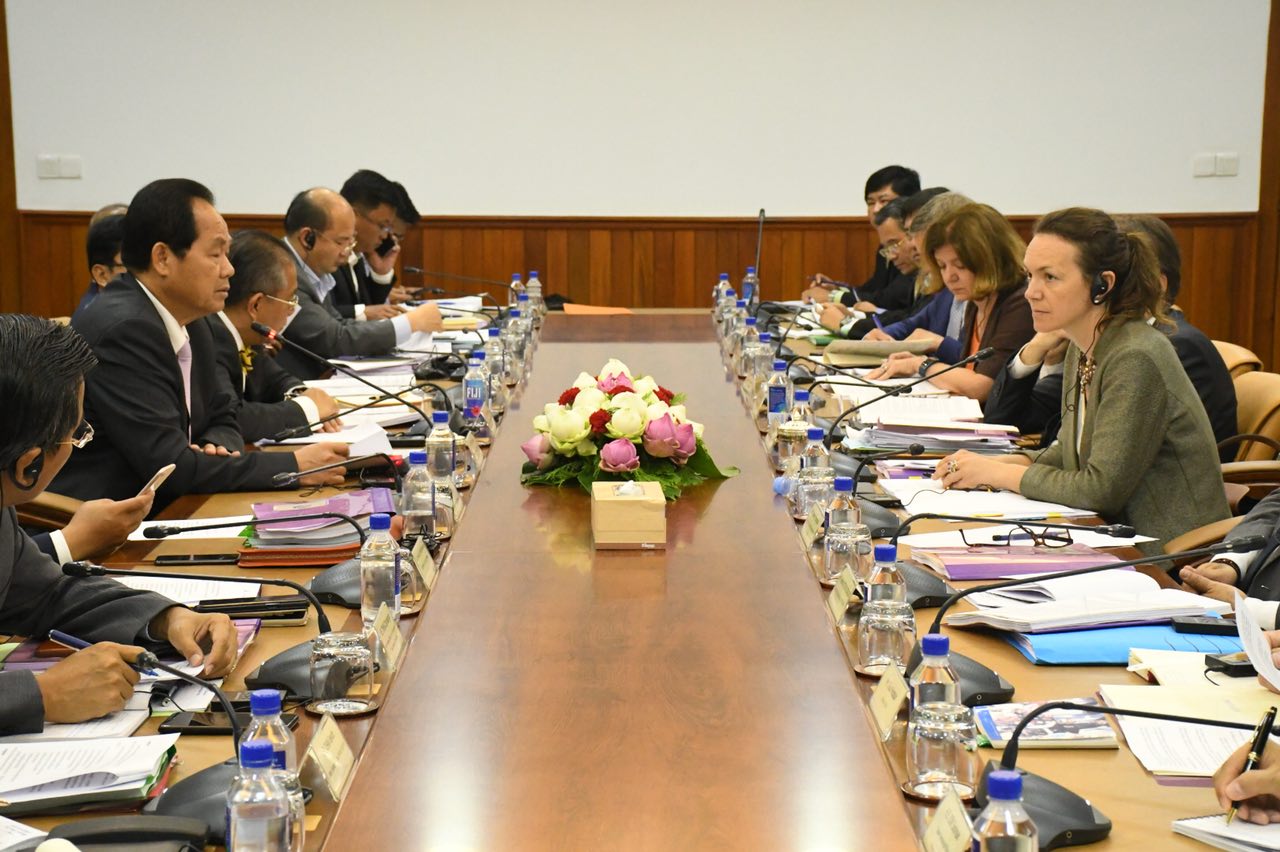 The People’s Coalition on Food Sovereignty (PCFS), a global network of various grassroots groups of small food producers and food sovereignty advocates, supports the statement issued by the European Union on July 12, 2018 regarding the “worrying human rights and labor rights developments in the country.”

The statement mentioned the “serious decline in the area of political and electoral rights,” “curbing of civil society activities,” “deficiencies when it comes to land dispute resolution mechanisms, and serious threats to freedom of association and collective bargaining rights.”

EU sent delegates to Cambodia on July 5 to 11, 2018 to look into reports of human and labor rights violations in the country. According to the EU, it may sanction or remove Cambodia from its duty-free Everything But Arms (EBA) trade scheme if proven to have failed its “social justice” commitments.

“We welcome EU’s efforts to verify the present exploitive situation in Cambodia. There has been global clamor against the rampant state-perpetrated human rights violations in the country, and the EU’s pressure may finally push the government to divert from corporate-driven development to finally meeting the demands of its people especially to land,” said Roy Anunciacion, global secretariat coordinator of PCFS.

According to Anunciacion, many of the land disputes in Cambodia involve economic land concessions (ELCs) granted to foreign agro-industrial corporations, and that the EU is a major destination of their export produce. He added that their operations have led to the massive landgrabbing of thousands of the country’s land hectares, which has caused the loss of livelihood, harassment, and displacement of local communities.

However, during the EU visit, Cambodia’s Land Management Ministry claimed that it has “already 100 percent resolved issues” in the provinces of Koh Kong, Preah Vihear and Oddar Meanchey involving sugarcane plantations with ELCs. The EU gets two-thirds share of Cambodia’s export sugar.

“PCFS denounces this blatant lie of the government of Cambodia to cover up its repression that has been happening on ground to curb the people’s resistance. There is no truth to the claim, and even EU’s statement affirms so,” said Anunciacion.

He cited the Khmer and indigenous Kuoy peoples in the province of Preah Vihear, who are taking their complaints against Chinese ELC-holder Guangdong Hengfu Group Sugar Industry Co., Ltd. to different international bodies for their intervention. PCFS will be mounting a globally-coordinated action highlighting this issue on Aug. 9, the International Day of the World’s Indigenous Peoples.

“PCFS calls its members, networks, and fellow promoters of food sovereignty to join the Global Day of Action [on Aug. 9] in support of the fight of Cambodians and all IPs of the world to reclaim their land from such corporate control and takeover,” Anunciacion said. ###