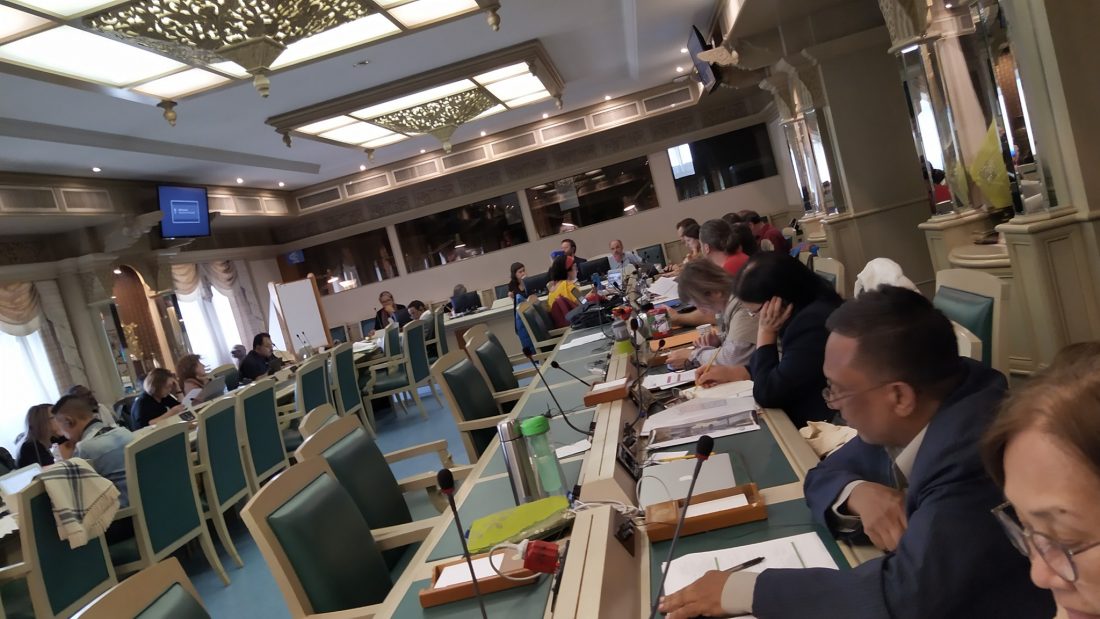 Last October, the People’s Coalition on Food Sovereignty (PCFS) participated in the annual Coordinating Committee Meeting and other events of the Civil Society Mechanism (CSM) for relations with the United Nations Committee on World Food Security (CFS). Sylvia Mallari, global co-chairperson of the PCFS, joined the CSM activities including the CFS 46 session held at the Food and Agriculture Organization (FAO) headquarters in Rome, Italy.

The CSM Coordination Committee (CC) met on October 9 to 11. The CC members warmly welcomed the 17 new CC members, including Mallari who represents the Southeast Asia Constituency. The members of the CC had a training session on understanding the CFS and CSM. They also discussed the political report, the CSM strategy and key messages during the CFS 46, strategies beyond CFS 46, mobilization 2020, Communication Strategy, CSM governance, and follow-up to CSM Evaluation.

The members of the CC noted the grim situation of food security – the failure of the Sustainable Development Goals (SDG), the struggle for the right to food at all levels and all areas, among others. They agreed to use the 1948 Universal Declaration on Human Rights (UDHR) to stress that rights are to be respected and implemented, not just used for negotiations. According to the CC members, previous CFS chairperson Mario Arvelo did not highlight the value of UDHR in the last CSM Forum.

The members of the CC recognized that attention and real work require the most active role and realization among women and the youth. They also acknowledged agroecology as a transformative approach in effecting a food system consistent with a human rights framework.

According to Azra Sayeed of the International Women’s Alliance (IWA), agroecology will be futile and there will be no food sovereignty at all without a thoroughgoing struggle for land and resources, which tackle inequities in power relations. Sayeed is also the executive director of Roots for Equity, a PCFS member organization in Pakistan.

The CSM CC also agreed upon the enlivening of facilitation in the internal strengthening of the CSM in 11 constituencies and 17 subregions to concretize action and mobilization at the national and local levels. This includes engagement with national governments.

On October 11, Mallari facilitated the CSM CC meeting with the incoming CFS chairperson Thanawat Tiensin from the Kingdom of Thailand. The CSM urged the CFS to look back to the main points of the CFS reform agenda in 2010 and perform its role in realizing Food Security and Nutrition.

The CSM CC meeting also discussed the upcoming important events of the CFS. These included the first quarter meeting in 2020 on the CFS Framework for Action for Food Security andNutrition in Protracted Crises (CFS-FFA)[1], which tackles the mitigation of severe food insecurity and undernutrition during protracted crises, and the planned Food Summit in2021.

Mallari also joined the CSM Forum heldon October 12 to 13, 2019 and the CFS 46 Plenary Session including its side-events until October 16. ###

[1] At its 47th Session in October 2020, CFS will hold a GlobalThematic Event (GTE) for taking stock of the use and application of theCFS-FFA.