20 Years after the Battle of Seattle: Rising tide against neoliberalism 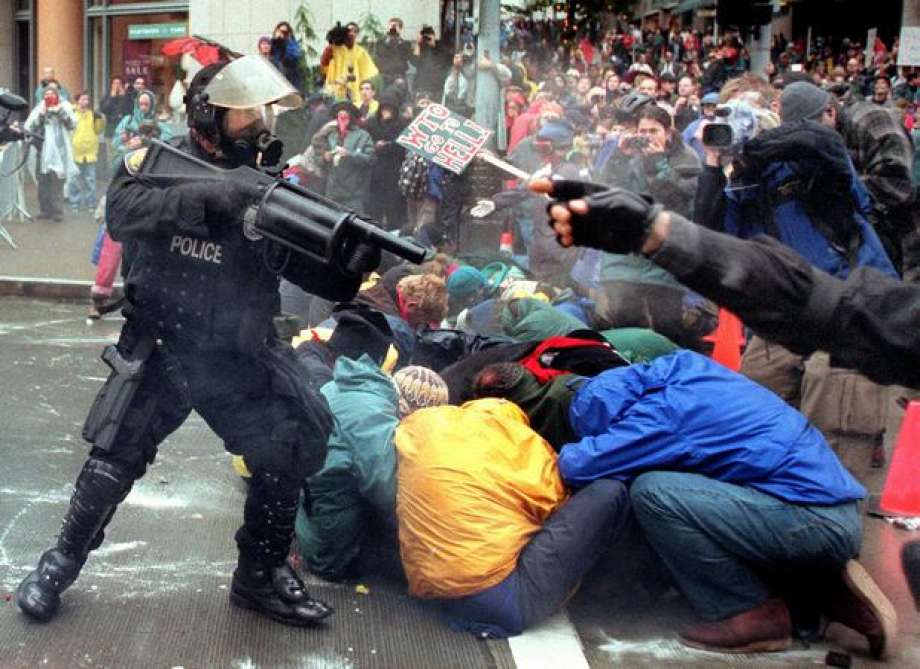 Two decades ago this week, tens of thousands of activists from around the world stormed the World Trade Organization ministerial meeting in the US in opposition to its anti-poor and imperialist policies. Known today as the “Battle of Seattle,” hundreds of civil society organizations under the People’s Global Action exposed the neoliberal push of privatization, deregulation, and liberalization.

Today, massive protests are erupting consecutively in the Global South caused by the worsening inequality, deteriorating conditions of living, and anti-poor policies prompted by neoliberal globalization. International Monetary Fund’s (IMF) push for tighter austerity measures has driven a new wave of protests in Ecuador and Chile. Thousands of protesters in Colombia have recently taken the streets to demand jobs and rollback prices in healthcare and education. The strike gathered more than 200,000 on the first day and has spread since throughout Bogotá, Cali, Cartagena, Barranquilla, and Medellín. Cuts in Iran’s fuel subsidies have inspired militant protest actions in the country. In Egypt, IMF-imposed policies have triggered a 60% inflation, clamping down on the already meager income of the people.

This trend of massive discontent and open protests has been roiling through Algeria, Egypt, Iraq, Lebanon, Sudan, Indonesia, Philippines, and Zimbabwe. Demonstrations are also reaching a tipping point in Northern countries like Spain, UK, France, and the Netherlands.

Rise against austerity and corporate power

In the past three months, these protests dominated media reports and have disrupted the consciousness of the world. Past the smokes and the barricades rise a stark commonality—a fight against inequality and deteriorating democracy.

It is easy to discern that at least half a dozen of these protests are in direct response to the rising cost of fuel and austerity measures related to fuel. IMF typically ties its loans and grants with cuts in energy subsidies. Ironically, the share of fuel subsidies for corporations is rising, while those that benefit consumers are on a decline.

While these demonstrations are mostly directed towards state policies, they can also be seen as attempts at curtailing corporate power— wrestling from the entities WTO has empowered and enshrined. According to research cited by IBON International, the rapid consolidation of transnational corporations (TNCs) in the past few years has given rise to at least 147 firms dominating the global economy. From food and agriculture to healthcare and arms production, these TNCs directly benefited from the neoliberal economic policies pushed by the IMF-World Bank and WTO.

Another key feature of today’s protests is the increasingly violent response of their respective governments. More than a hundred demonstrators were killed in Iran. Even in previously tolerant Hong Kong, police forces have resorted to live bullets against democracy protesters. In Bolivia, a US-backed coup has installed a neoliberal stalwart—prompting thousands of indigenous people to rally around Evo Morales. Farmers and land defenders are being gunned down in Brazil, Columbia, India, Indonesia, and the Philippines.

It is ironic that the regimes that have unleashed the most violent response against protesters and critics are the most “capable” leaders in pushing the neoliberal agenda. In the Philippines, Rodrigo Duterte’s rice tariffication law, a WTO commitment, has liberalized the importation of the country’s staple food—prompting unrest from affected farmers. In Brazil, Ruralistas who control the vast lands for export-oriented soy and beef production have now found a strong ally with neoliberal Jair Bolsonaro. In both countries, Indigenous Peoples’ communities are aggressively being driven out of their lands by agricultural corporations and developers.

This decentralized Battle of Seattle is expected to roil over until next year, especially with the looming economic recession. Fresh rounds of debt crunch and austerity measures it will trigger will further fuel these actions.

The resurgence of open display of discontent against neoliberal policies and fascism brings with it a promise of a better future – a future without neoliberal globalization. ###